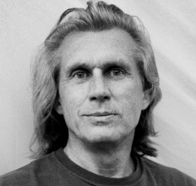 It was 1966 and I was a college student hell bent on making a career in the music business. I had just begun managing my first band on the side. A very worldly college mate who had paid his tuition by spending four years in the Merchant Marine told me of a place called Provincetown on Cape Cod with a lively summer tourist season most likely ripe with opportunities for live bands. I had heard of Cape Cod but never been there and I headed off in March of that year with him to see if we could find a place to book this first band of mine “Orphans” for the summer. Provincetown in 1966 was an eye opener. Everything “liberal” in our country at the time, if not born there, was celebrated in every nook and cranny of the picturesque fishing village, where behind its provincial facade lurked a lawless coastal smugglers den/art colony. Provincetown was Fellini’s Wild West at the beach and I fell madly in love.

The band and I spent that summer in Provincetown. They played the back room of the Atlantic House which was famous for having presented the likes of Billie Holiday as well as housing and hosting Eugene O’Neil and Tennessee Williams in their prime. The “A House” also sported the first (I had ever seen) all-gay bar where everyone looked like Troy Donahue, tan blonde men in white sweatshirts. (There is a great Atlantic House history at Wikipedia.) It was an eye opener to a small town CT boy attending an all men’s business school.

That summer changed my life. I was determined to spend it in the pursuit of great music/art, individualism, and liberal leanings and most relevant to this site made a lifelong commitment to this amazing discovery of mine: the Lower Cape.

After that first summer I began renting funky summer places in Truro and visiting P-Town as often as I could, electing to keep the option of P-Town close at hand but to nurture my still small voice in the isolation of the pristine beauty of the Truro dunes. These summer sabbaticals to cottages created in the image of the Provincetown dune shacks provided an avenue to my more important internal life and became an important factor in my ability to keep my bearings at a time and life fraught with insanity. I returned to Truro every year from that first summer and eventually found the collection of shacks that became Lis Sur Mer in the early 80s. I rescued them from the wave of gentrification that rolled in shortly thereafter.

From that fateful 1966 discovery until the 80s I was on an international roller coaster ride and was fortunate to spend time running around the world pursuing the business of music on an international platform. Through all this traveling I had the good fortune to taste the cultures of many many lands. I always came back to Truro to keep my wits. As I began to develop the Lis Sur Mer property it was always with the idea that I wanted to capture the true original experience I had as a starry eyed college kid discovering the funky, cozy, crazy, mind-expanding days of old Cape Cod that first summer. The desire was to develop an escape from the mania of the rest of my existence. Having a place where I could feel I was an instant recluse became more and more important to me. I yearned for the serenity, simplicity and cosmic connection, to nature, the ocean and the infinite universes. Each year I would spend as much time as I could afford staring out at the ocean and checking my self. These visits gave me understanding and sent me back into the world blessed with insight, meaning and a grounded perspective of “what really matters.”

As my friend Forest Church would reflect:

Do what you can.
Want what you have.
Be who you are.

Lis Sur Mer became in time the perfect antidote for the world of commerce back in New York. Its character took on little bits of the various cultures I had learned to appreciate in the one world we all inhabit. It became apparent that LSM has a resonance that often affects other people the way it does me. Friends and family became as addicted to the experience as I am. I enjoy the fact that I have found a chord that often strikes the personal deep seeded desire for simplicity is so many. So when the kids had grown and my family scattered I made LSM available to those of you that understood.