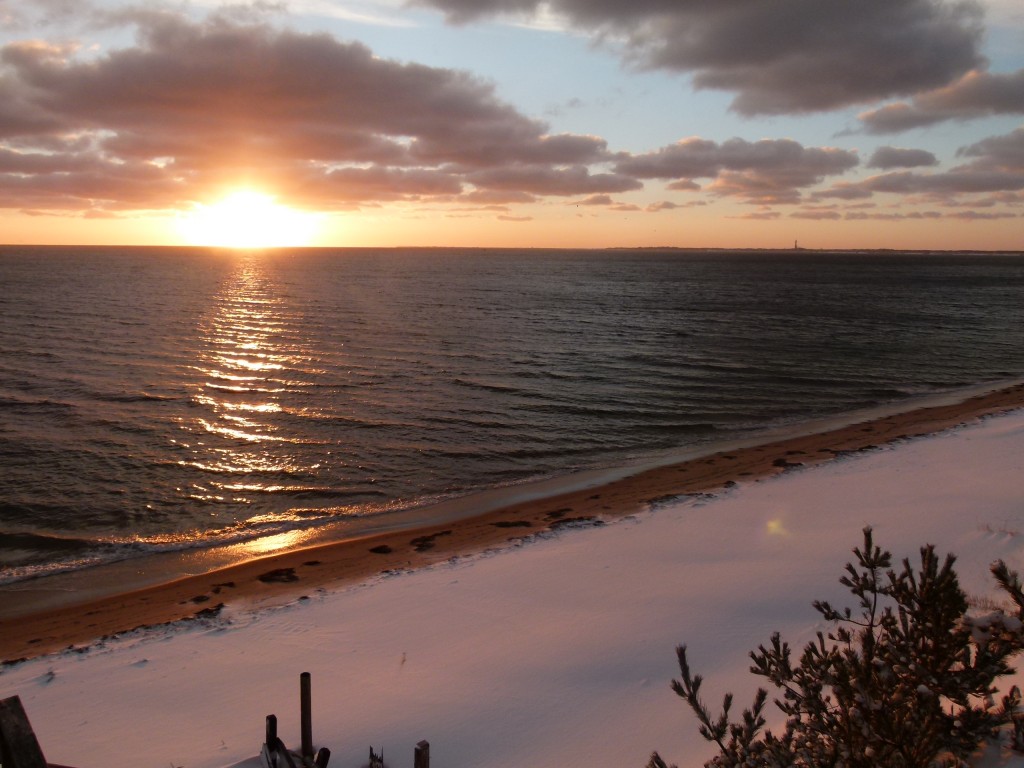 Summers are obvious. For Cape lovers there is no town like Truro and there are no beaches like the Bay beach for privacy or the Ocean beach at Long Nook for sheer grandeur. Some of the most beautiful beaches in the world are within a mile of each other between the Ocean and the Bay.. A quaint little village, with it’s picturesque harbor. Joyous days, everyone on holiday. Most of Truro is a protected national seashore reserve. With world class dining and shopping in P-town if you get a little urge for playing. Take a walk on the wild side. P-Town at night in the summer….. Fellini at his best…you won’t need to rent movies…

After Labor Day it clears out. Weather is beautiful. The volume goes down. Everywhere colors start to change, the beaches are deserted, everything is open but it’s as if all the noisy people went back to school…a favorite time of year. A precious experience.

The winter is unbelievable. Run there to meditate on nature, earth, you. There is incredible solitude entertained by the wild weather viewed from a warm and cozy cottage. Each complete with down comforters, and a mini library of escapist books. The Biorhythm of the peninsula winds down to a meditation on God and self. This is the time when the artist has their break through, the block is gone and you find the center… Or you figure out that you really do love the one you ran here to contemplate…

Spring, wonderful Spring, the days get longer and the town wakes up like a hibernating honey bear. Everyone rolls out of their winter bed and starts preparing for the summer with lots of positive energy. If you are here, you own the beach where the whales come in close to shore as they return to the area for the summer. Seals hang out on the beach. You make friends with locals who treat you like their own. You are all in it together mumbling in anticipation of the 12 weeks of summer madness. A mania that everyone has been missing, a lover that you just can’t ever get out of your mind. One that makes you crazy with anticipation and makes you hurt when they leave you again. AH! Summer you fickle little friend spending only a few long hot weeks a year with us…

The Seasons at Lis Sur Mer, indescribable unless you have experienced them…

Ascetic solitude is difficult. You withdraw from the world to get a clearer glimpse of who you are. The people who do this in a very committed way are the contemplatives. When you visit a cloister or contemplative convent,there is no one to meet you at the door. ..these are the special houses which hold the survivors of solitude. They have exiled themselves from the outside worship of the earth to risk themselves in the interior space where the senses have nothing to celebrate. Ascetic solitude involves silence. And silence is one of the great victims of modern culture. We live in an intense and visually aggressive age; everything is drawn outwards towards the sensation of the image. Because culture is becoming ever more homogenized and universalistic, image has such power. With the continued netting of everything, chosen images can immediately attain universality. There is an incredibly subtle and powerfully calculating industry of modern dislocation, where that which is deep and lives in silence within us is completely ignored. The surfaces of our minds continued to be seduced by the powers of the images. There is a sinister eviction taking place; people’s lives are being dragged outwards all the time. The inner world of the soul is suffering a great eviction from the landlord forces of advertising and external social reality. This outer exile really impoverishes us. One of the reasons so many people are suffering from stress is not that they are doing stressful things but that they allow so little time for silence. A fruitful solitude without silence and space is inconceivable.
~ anan cara /spiritual wisdom from the celtic world/ john donahue

When his boat snapped loose
From its mooring, under the screaking of the gulls,
he tried at first to wave
to his dear ones on the shore,
but in the rolling fog
they had already lost their faces.
Too tired even to choose
Between jumping and calling,
Somehow he felt absolved and free
Of his burdens, those mottoes
Stamped on his name-tag:
conscience, ambition, and all that caring.
He was content to lie down
With the family ghosts
in the slop of his cradle,
buffeted by the storm,
endlessly drifting.
Peace! Peace!
To be rocked by the Infinite!
As if it didn’t matter
which way was home;
as if he didn’t know
he loved the earth so much
he wanted to stay forever. 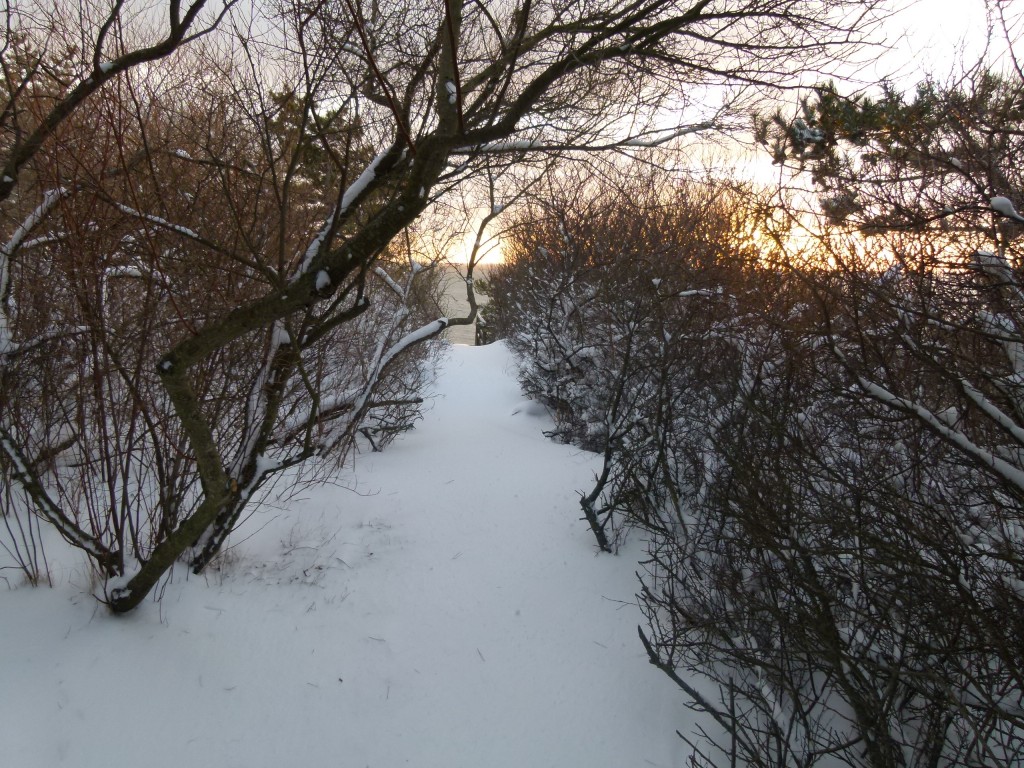 “I don’t see voluntary isolation happening in the West. Going inward is such
a basic concept, but I don’t see it happening much in our “New Age” today,
aside from the occasional Tibetan-sponsored retreats where you do one
practice for three years. You retreat from the external to see the internal.
Until you go inward, you will never know who you really are.”
~it’s here now (are you)/ bhagavan das

After the first party peters out,
Like the gradual slowdown of a merry-go-round
another party begins

Behind me now my friend Richard
is getting a fresh drink; Ann, in her black dress,
is fanning her breasts; Cynthia is prancing
from group to group,
making kissy-face-v

It is not given to me to understand
The social pleasures of my species, but I think
what they get from these affairs
is what bees get from flowers—a nudging of the stamen,

a sprinkle of pollen
about the head and shoulders—

whereas I prefer the feeling of going away, going away,
stretching out my distance from the voices and the lights
until the tether breaks and I

am in the wild sweet dark
where the sea breeze sizzles in the hedgetop,

and the big weed heads, whose names I have never learned,
lift and nod upon their stalks.

And what I like about the flowers is
That they are not flowers in need of empowerment or validation. They sway

the moon rising like an ivory tusk,
a few sextillion molecules of skunk
strolling through the air
to mingle with the aura of a huneysuckle bush,

and when they bump together in my nose,
I want to raise my head and sing,
I’m a child in paradise again
When you touch me like that, baby,

but instead, I stand still and listen
to the breeze streaming through the upper story of a tree
and the hum of insects in the field,
letting everything else have a word,

and then another word—
because silence is always good manners
and often a clever thing to say
when you are at a party.