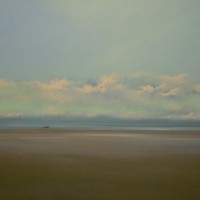 In 1996, Canadian designer Charlotte McKeough reinvented the paper shopping bag, naming it “The Brave Brown Bag”. It may have caught your eye in highly regarded design and fashion stores in London, Milan, New York, Paris, and Tokyo… and you may have been charmed into thinking it was paper (sometimes it even looks like leather). Such is the allure of The Brave Brown Bag design. True to the aesthetic of its classic paper ancestor and virtually indefatigable right down to its pinked edge, The Brave Brown Bag is now a classic itself.

The Marrinan Gallery concept is to redefine redesign and reconstruct.To redefine age not as old but as beauty.To strip back the years of history and reconstruct art as to appreciate rather than destroy.The goal is salvage and take pleasure from an era that has in this modern day become undesirable and redundant.

Says Ann, “My influences are Cézanne, the Post-Impressionists, Matisse and the Fauves, and the American Abstract Expressionists. I hope that some of my paintings remind you of a place you have been or perhaps would like to visit.”